As a teenager during the summer, I raked up 40 hours of work each week between Friday and Sunday at a catering company.

I’ve always believed in having a strong work ethic, and from reading your email responses and hearing your stories over the years, I know just how many of our Tradesmith members share that same ethic.

But I also know that I can have a hard time finding the “off switch.” Even when there’s downtime, my mind can drift to projects and things I want to work on.

I bring that up because the markets will be closed this coming Monday (July 4).

I hope that you have the opportunity to hit your “off switch” for a few days and have a long, safe, and enjoyable weekend.

Before you head out, in honor of Independence Day, I want to share three American companies that hit my radar.

Back in 1917, brothers L.E. Phillips and Frank Phillips founded the Phillips Petroleum Company. 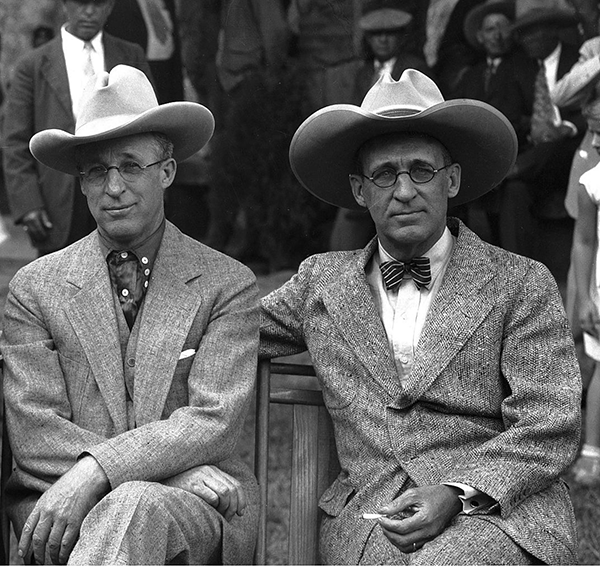 Source: Phillips66.com
The brothers started with $3 million in assets, 27 employees, and operated throughout Kansas and Oklahoma.

Eventually, the name Phillips 66 came from a combination of events: the specific gravity of the gasoline was close to 66, the car testing the fuel did 66 miles per hour, and the fuel test took place on US Route 66.

Today, Phillips 66 is a spinoff from the previously integrated ConocoPhillips (COP).

Phillips 66 purchases, refines, markets, and transports crude oil and petroleum across the United States. It’s involved in a little bit of everything, which creates a well-integrated portfolio of assets and revenue streams.

From a technical standpoint, the stock looks fantastic.

At the far-right corner of the chart above, you’ll see that the stock is now in the Green Zone.

This is also an established company, so you aren’t buying a new player on the block in hopes that it will eventually make you money.

This is what my friend and colleague Senior Analyst Mike Burnick calls a “Pay Me Now Stock.”

The company currently has a 4.37% dividend yield, which is a healthy payout.

Now, let’s step away from the energy sector and look at a company in one of Warren Buffett’s favorite industries — insurance.

Buffett loves insurance companies because they operate a simple model, which is to pay out less than they take in.

Elevance (formerly Anthem) does this in the health insurance industry.

Like other insurers, it collects premiums from customers. It then invests that money into low-risk securities like U.S. Treasuries and investment-grade debt. From that, Elevance subtracts the claims paid out.

Medical catastrophes aren’t common, but when they occur, they can bankrupt an individual.

With that information, insurance companies price their premiums to ensure that they can take in more money than they will have to pay out by spreading costs over hundreds of thousands of people who all pay premiums.

As complex as it sounds, it creates a fairly stable and reliable business model.

Looking at the chart below, you’ll also see a fairly steady price trend.

Even during the worst parts of the 2020 collapse, the share price didn’t drop that much.

Today, the company sits in the Green Zone.

While the dividend yield on ELV isn’t that high, only generating a yield of 1.08%, the volatility in the stock price is fairly low, making it a great choice for those looking for a more restful sleep at night.

Owning ELV won’t make you feel like you’re on a roller coaster. To round off the picks, I’ve got another Warren Buffett favorite to share.

The road to success was a winding one for Milton S. Hersey, as he was involved with several failed businesses before building his empire in Hershey, Pennsylvania.

Today, the company is worldwide in over 60 countries and generates $9.34 billion in annual sales.

Beyond the famous Hershey’s Kisses, the company makes Resse’s Peanut Butter Cups, Twizzlers, Jolly Ranchers, and a host of other treats.

While most consumer food products companies are lucky to grow sales by 1% to 2% per year, Hershey’s achieved 10.08% in sales growth last year. On top of that, the company’s free cash flow growth (cash after capital expenditures), reached $1.58 billion in 2021, which is a 26.15% increase from 2020.

The HSY stock price has also appreciated considerably since the 2020 pandemic.

Like the other two picks, the candy maker is in the Green Zone.

This is just a sample of the dozens of opportunities you can find with our tools, including plenty of other companies operating in America.