Twenty-seven years ago, Warren Buffett shared a piece of his investing strategy at a 1995 annual Berkshire Hathaway Inc. (BRK.A) shareholder meeting. Not only is it still relevant today, but it could be the most important investing advice to take in during sky-high inflation and a looming recession.

For those moats to exist, as Buffett stated, the company must build a unique advantage over its competitors.

One of those advantages can be high switching costs, with companies in the defense sector being a great example — it’s not like a government can change who provides them with fighter jets overnight.

Those companies are making money in the here and now, and many of them can pass on part of their revenue to shareholders as dividend payouts.

With inflation still sky high and fears still in place for a looming recession, generating income from dividend-paying stocks is more critical than ever.

Today, we wanted to share a quick snapshot of two such companies that have strong moats, pay dividends, and are in our Green Zone…


Defensive Moats to Protect You in Any Market

In the defense sector, Northrop Grumman Corp. (NOC) offers a little bit of everything, including building and supporting aircraft, spacecraft, advanced naval systems, and cybersecurity operations.

In the slide below, you can see what Northrop Grumman’s 2021 sales breakdown looked like — most of its customers are branches of the U.S. armed forces. 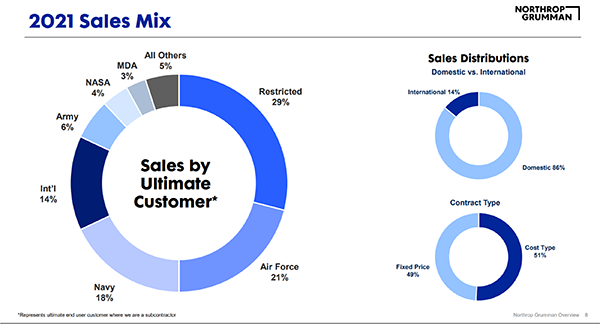 Source: Northrop Grumman
What differentiates Northrop Grumman, though, is eye toward space. The company has been expanding its aerospace division since it acquired Orbital ATK in 2018, and today, that slice of its business accounts for 30% of Northrop’s sales.

Remember that eerie image of a star-filled universe that went viral in July? 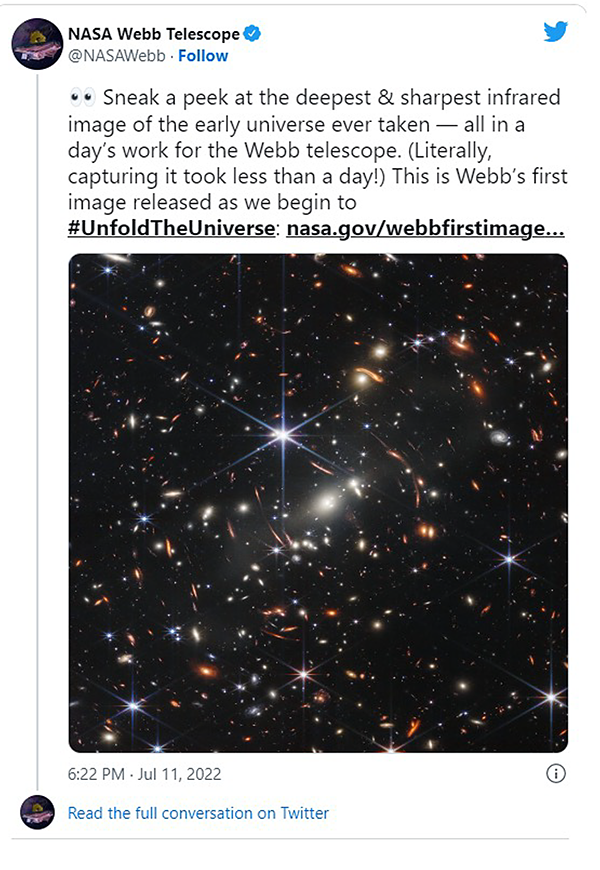 That was taken by the James Webb Space Telescope — a product Northrop Grumman produced for NASA. The telescope is currently a million miles away from Earth and will spend another 10 years taking photos in outer space, during which time Northrop plans to widen its lead in aerospace innovation.


The second defensive stock we wanted to share is Lockheed Martin Corp. (LMT).

Much like Northrop, it also specializes in aerospace, information security, and defensive products and services.

One area of focus for the company that is receiving increased attention is its missiles, as the U.S. has reportedly provided 7,000 missiles to Ukraine.

Known as the Javelin, these are long-range, anti-tank missiles that automatically guide themselves to the target after being launched, allowing the gunner to take cover after firing.

Because of its design, the Javelin can be carried by one person and safely fired from inside bunkers or buildings.

In a case point for how valuable these missiles are considered in combat, Lockheed secured a $311 million deal with the U.S. Army for its Javelin in a joint partnership with Raytheon Technologies Corp. (RTX). When looking at the Volatility Quotients for these two companies, their risk levels look similar — but NOC has been in our Green Zone longer, meaning it’s been considered a “buy” for longer.

That gives you several factors to consider when weighing these stocks against each other.

But if you’re looking for ways to profit no matter what the market throws at you, both are strong options to put on your investing radar.