I know market downturns can be scary.

Nothing is worse than watching the 401(k) or investment account that took years or even decades to build start plummeting in the blink of an eye.

As we speak, there are some incredible deals in this market sitting right under your nose.

True, it’s hard to smell the roses with so much garbage out there.

That’s why I wanted to give you an edge by providing you with three stock picks that are way cheaper than most people realize.

And the first one is so obvious that it’s scary.

Source: Shutterstock
Yes, growth for Meta slowed in the most recent quarter.

Revenue grew by barely 6%, one of the worst year-over-year comps in more than a decade.

But the biggest problem is that advertisers don’t want to spend right now.


Demand for everything is through the roof while supply sits near all-time lows.

Heck, even Apple Inc. (AAPL) said that supply chain issues could constrain its sales in the upcoming quarter.

So why advertise and offer discounts when a business could easily sell at full price?

Don’t mistake this slowdown as a structural trend. The declines in Facebook ad revenue are temporary, driven by the current economy and recession fears. We aren’t likely to see a full-blown market collapse or a long-term change in the behavior of FB advertisers.

Taking a step back, look at Meta in a broader context.

Let me give you a comparison between Meta and PepsiCo Inc. (PEP) to put things in perspective.

This fundamental discrepancy between a company’s ability to turn a profit and its stock price is where we find huge potential. 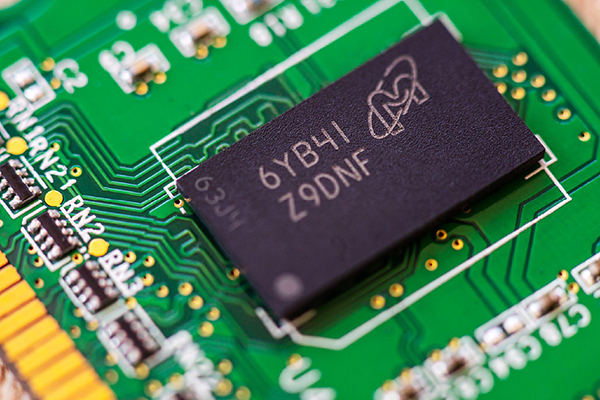 Yet this memory and storage manufacturer sits in the dead center of a demand boom cycle for computer processors and technology.

While supply constraints have been a problem for Micron and other chip companies, they have compensated with higher prices to offset increased expenses. Plus, according to the most recent earnings conference call, Micron expects to grow supply in 2022.

Now, let’s pull up those same valuation statistics for Micron as we did for Meta and Pepsi:

Let me put this in perspective for you.

If Micron performs the exact same over the next five years, it could pay for all of its outstanding shares.

It would take Pepsi almost 20 years to accomplish that same feat.

Even if demand slows and margins compress to the point where Micron trades at 10x cash, the stock would still be cheap.

Source: Shutterstock
Let’s take a trip outside the technology sector to transportation.

Right now, everyone and their brother is bidding for trucking lanes. There simply aren’t enough drivers or equipment to meet demand.

And if you think it’s bad now, just wait until all the manufacturers return their production to the U.S.

But take a look at the valuation measures for this company.

But, considering that the company’s total assets exceed its liabilities, we shouldn’t ignore the operating cash flow measure either. Because if the company had to liquidate right now, according to the balance sheet, it would still be worth close to $50 per share.

The point is that this company is worth a lot more than most people realize.

While these are among the amazing values in the market right now, the timing may not be there quite yet.

According to our Health Indicators, Meta and Micron are currently in the Red Zone, while Ryder sits in the Yellow Zone.

The market is under pressure overall. So we want to give it space to find its footing before stepping into these and other names.

With so many stocks beaten up over the last year, what companies do you have your eye on that could have been unfairly tossed out with all the other refuse?

Email me and let me know. I’d love to hear your take and what you uncover.