With the average cost of a 16-pound turkey 21% higher than last year, one source of relief for many families this Thanksgiving was at the gas pump.

As of this writing, prices have dropped even lower, with the average price at $3.39. Yet our friends at LikeFolio, who uncover real-time data to help inform investable decisions, have found two pieces of invaluable information.

Even though concerns aren’t as high as they were during the summer, you can see they are still significantly elevated in November.

And along with inflation and food prices, gas prices are top of mind for consumers, according to LikeFolio’s findings, with gas price concerns still up an average of 91% year-over-year (YoY) over the last 90 days. 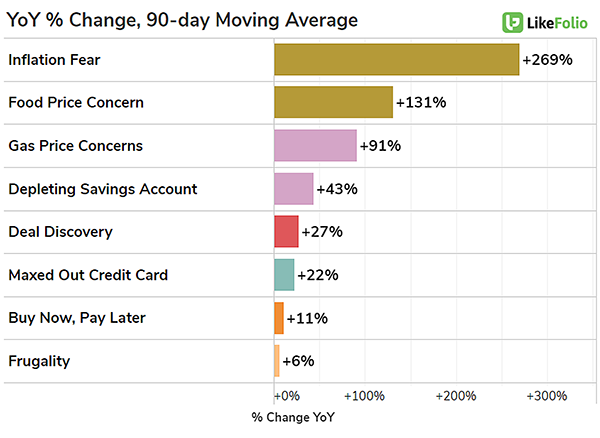 In addition, LikeFolio shared in a Nov. 19 report that social media mentions for purchasing a new electric vehicle were up an average of 256% YoY over the last 30 days.

You can hear everything she has to say by clicking the “Play” button on the image below.

Going back to the EV market, our team has made sure to present you with investable opportunities in EVs over the past year, and we will continue to do so in 2023.

That’s because in July, EVs accounted for 5% of new car sales in the United States, and that’s a massively important percentage for investors — a Bloomberg report said it’s the signal that we’re now headed toward mass adoption of EVs.


The adoption of technology, from televisions to mobile phones to the internet, tends to follow an S-shaped adoption curve, where sales start slowly and then reach a point of rapidly going mainstream. 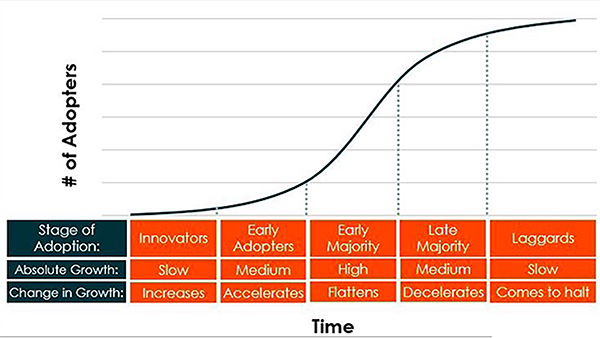 This faster adoption will be thanks to more public charging stations, less-expensive cars, and buyers being more educated, which are all accelerating much faster than most people anticipated.

We’re always on the lookout for automakers that can make you money, but we’ve been zeroing in on the even bigger opportunity of companies that will power the widespread use of EVs across the country.

One company in particular not only has the momentum of increased EV purchases on its side, but also can benefit from the $52 billion United States CHIPS and Science Act.

Since we first shared this company in the Aug. 9 TradeSmith Daily issue, the stock price has climbed nearly 10% as of this writing, and there are plenty of reasons why this company could make you even more money.

You can find out all of those reasons here.