At TradeSmith, we’re here to help you separate the noise from what matters for your investing dollars, and one of the noisiest recent events is the OPEC+ oil production cut.

OPEC+, the 23-member cartel of oil-exporting nations, is cutting oil production by 2 million barrels a day.

The South, the East Coast, the Northeast, and potentially the Rockies are all expected to see higher gas prices as a result.

While response options are limited for the United States, a 2007 U.S. Congressional bill known as NOPEC (No Oil Producing or Exporting Cartels) that was never enacted is receiving renewed attention.

It would allow the United States to sue OPEC and its oil companies under U.S. antitrust law for attempts to limit oil supplies.

Most recently, the NOPEC bill, S.977, passed the Senate Judiciary Committee, showing bipartisan approval. The bill still needs to pass the full Senate and House — and be signed by the president to become law.


What It Means for You

NOPEC is an interesting storyline, but it’s a hypothetical. The bill has reached this point before, and there’s no guarantee it would even pass.

We’re focused on how the oil production cut happening here and now could affect you as an investor.

Oil prices have already been high this year as demand outstrips supply. As production decreases and the oil supply shrinks, the supply and demand imbalance will be exacerbated, causing prices to rise further.

Global demand for energy is only growing, for oil and natural gas as well as for renewable energy. 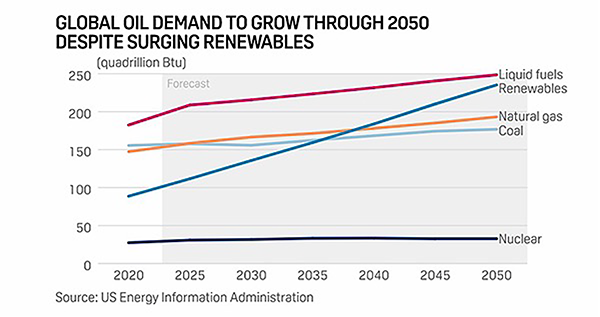 And that’s creating an investable opportunity that Senior Analyst Mike Burnick is calling the “commodity supercycle.”

In Part 1 of Mike’s commodity supercycle series, he detailed how this situation formed.

We’ve also been keeping you ahead of potential energy supply and demand imbalances, which could cause your heating bill to go a lot higher this winter.


With a projected 15% spike in propane costs this winter, we released our Oct. 4 issue of TradeSmith Daily about Suburban Propane Partners LP (SPH) and the signals forming that are making it a profit opportunity.

And with total energy costs expected to climb 17% this winter, we shared a way to invest through natural gas transporter Energy Transfer LP (ET), which is up nearly 10% since we sent our Sept. 28 issue of TradeSmith Daily.

As more opportunities continue to present themselves, we’ll be here in your corner to guide you along the way.