With 2023 right around the corner, the TradeSmith team has been hard at work, making sure we can save you time by putting opportunities to invest in — and avoid — on your radar.

Throughout the month of November we had a little bit of everything to help you get ready for the new year:

Whether you missed these TradeSmith Daily stories or just want to review a particular topic, I hope today’s issue is a valuable addition to your investing week preparation.


Takeaway No. 1: 1970s Flashback: History Is Starting to Rhyme, Offering a Road Map of How to Profit

Mark Twain is credited with sharing the wisdom that history doesn’t repeat itself but often rhymes.

It’s a folksy way of saying that while history can’t literally reoccur, mistakes and issues in the present can put us in situations that are similar to ones that have happened in the past.

And to borrow from what Mr. Twain said, we believe this year’s stock market has rhymed an awful lot with the stock market of the 1970s.

Just think about it. When was the last time we dealt with these issues all at the same time?

And with the parallels between then and now as striking as they are, you’ve also got a possible road map for what lies ahead — not just for the next year or two, but for the rest of the decade.

Takeaway No. 2: This Could Be the Amazon of Gene-Editing Stocks – and We’re Going to Show You Why

But it pays to be informed, prepared, and ready to pounce on upcoming opportunities.

Like the folks who invested in an unassuming online bookseller run by a 33-year-old CEO on May 15, 1997.

Amazon.com Inc. (AMZN) started out selling just one type of product, but in 2019, it surpassed Walmart as the world’s largest retailer.

It lit the fuse for the e-commerce boom and established the now ubiquitous expectation of two-day shipping. As of 2019, 44% of people go directly to Amazon to start searching for products, bypassing search engines. 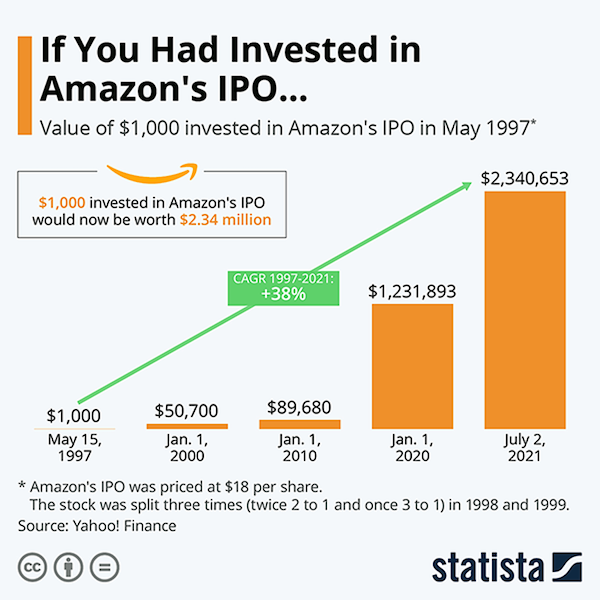 Imagine how much money could be made by investing in companies that could provide lifelong cures to genetic conditions.

With the company we’re about to present to you, you might not have to imagine.

Takeaway No. 3: Crypto Might Be Down After the FTX Collapse, But It’s Far from Dead. Here’s Proof.

There is no lack of Bitcoin (BTC) eulogies.

And the collapse of the cryptocurrency exchange FTX has added plenty of fuel to the fire for crypto skeptics.

While prices reeled and there’s plenty to be concerned about, Senior Crypto Analyst Joe Shew says we’re far from witnessing a crypto funeral.

In fact, he wants to squash the “crypto is dead” myth once and for all.

Takeaway No. 4: Buy This, Not That: Experience-Enabling Stocks

One of the reasons for the increase in travel — aside from the desire to overindulge in turkey and pie — is that people value the whole Thanksgiving experience.

It’s a time to enjoy the company of family and friends, to make new memories and rehash old ones.

In a recent Airbnb Inc. (ABNB) investors call, CEO Brian Chesky captured that sentiment when sharing why his company recently had a strong quarter that exceeded expectations:


“Because many people are now working from home, the mall is now Amazon, the movie theater is now Netflix, people still want to get out of the house. They still want to have meaningful experiences.”
In this edition of Buy This, Not That, we look at two companies that facilitate experiences — one that is considered a “buy” and one that you should avoid.

If you read the first takeaway in this issue of TradeSmith Daily, you’ll see that one of the areas Mike says to invest in for 2023 is small-cap stocks.

These are companies with market caps between $300 million and $2 billion, and we can look to how small-cap stocks performed after the 1973 to 1975 recession as a guide to how they might fare today.

Putting our Health Indicator to work, we uncovered three companies in our Green Zone, classifying them as current “buys.”

You can read all about them here.