Happy Tuesday, and welcome to the newest issue of TradeSmith Snippets.

Today, we’ll be covering these topics:

Snippet No. 1 Preview: Tesla Inc. (TSLA) CEO Elon Musk finalized his deal to buy Twitter at the end of October, but he may have needed to sell TSLA shares – a few billion dollars’ worth – to make it happen. We’ll have more on what to make of TSLA stock after Musk’s Twitter purchase.

Snippet No. 2 Preview: AMC Entertainment Holdings Inc. (AMC) can’t stop losing money, but luckily Senior Analyst Mike Burnick sent a warning about owning the movie theater stock on Oct. 5. We’ll have more on what Mike saw before AMC’s disastrous earnings report, as well as what Mike sees for 2023 and beyond.

Snippet No. 3 Preview: Our friends at LikeFolio are seeing increased social media chatter about people wanting to book a cruise with Norwegian Cruise Line Holdings Ltd. (NCLH). But while demand may be returning to pre-pandemic levels, the stock price is still down. You’ll see what our Health Indicator says about the stock and whether the cruise industry in general offers some long-term buys right now.

Tesla CEO – and as he now lists himself in his Twitter profile after buying the company, Twitter Complaint Hotline Operator – Elon Musk sold $3.95 billion in TSLA stock in 38 separate transactions between Nov. 4 and Nov. 8.

From Nov. 4 to Nov. 8, there were roughly 319 million TSLA shares traded, which comes out to nearly 106 million shares traded per day.

That was about 40% higher than the average daily trading volume over the past 30 days.

Musk alone didn’t cause the increased volume, but he did account for roughly 6% of the total volume over those three trading days.

Although Musk’s deal to buy Twitter closed at the end of October, there’s speculation that banks lent him extra financing, leading him to sell those Tesla shares to pay some of it back.

Long term, no one knows if Musk can pull off a juggling act as the owner of Twitter, CEO of Tesla, founder of SpaceX, founder of The Boring Co., and co-founder of Neuralink Corp., a company that aims to connect the human brain to computers.

Most recently, our Health Indicator says that TSLA is not a company to own, having entered the Red Zone on Nov. 7.

But there’s still one big reason to be plenty bullish on the electric vehicle (EV) sector – even if TSLA isn’t currently a buy.

In July, EVs accounted for 5% of new car sales in the United States, which is a massively important milestone and percentage for investors. In fact, a Bloomberg report said it’s the signal that we’re now headed toward mass adoption of EVs. 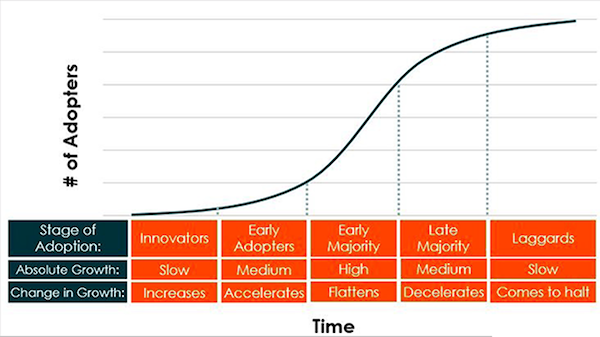 And there are two EV investments not named Tesla that we want to make sure you know about.

Snippet No. 2: Popcorn and Credit Cards Won’t Save AMC

The theater chain can’t stop bleeding money. It reported a Q3 net loss of $226.9 million, making it an even bigger loss than the $224.2 million it reported during the same time last year.

However, AMC did say that food and beverage spending was up 30% compared to pre-pandemic levels in Q3 2019.

It’s planning to launch its own popcorn brand to sell in stores, along with its own credit card, in 2023.

We’ve been covering AMC for months as a stock to away from. AMC even made it onto Senior Analyst Mike Burnick’s list of stocks to make sure it is nowhere near your portfolio in 2023.

But Mike isn’t just an expert at keeping ticking time bombs away from people’s portfolios.

He’s also an expert at telling you how to turn your hard-earned dollars into even more money.

In fact, he believes we have a roadmap laying out in front of us all, giving us the direction on where to invest for not just the next year, but potentially the next decade.


Snippet No. 3: Intent Isn’t Meshing with the NCLH Stock Price

The team at LikeFolio is finding through their social media data that more people are talking about booking a cruise with Norwegian Cruise Line.

The NCLH stock price plummeted at the start of the pandemic, and purchase intent mentions followed soon after.

Purchase intent chatter started increasing at the end of 2021 because of pent-up demand for travel, but the stock price moved lower.

In the short term, Norwegian faces seasonality issues of fewer people traveling in the winter than in the summer, and LikeFolio co-founder Landon Swan thinks that it’s important to focus on what NCLH is offering in guidance, which can help set expectations.

NCLH is in our Red Zone and has a Volatility Quotient (VQ) of 65.71%, making it a stock to stay away from.

However, Landon said, “I think long term that cruise lines are back,” and we’re seeing evidence that could be true where it counts – in revenue.

Norwegian also expects those billions to keep rolling in, with revenue guidance between $1.4 billion and $1.5 billion by the end of Q4.

Combing LikeFolio data with our Health Indicator and entry signals, this is a great example of a company that can be added to a watch list to keep track of for an ideal entry point.

You can hear Landon’s full take on Norwegian Cruise Line and what he thinks about the cruise industry in general in less than 10 minutes by clicking the play button on the image below: 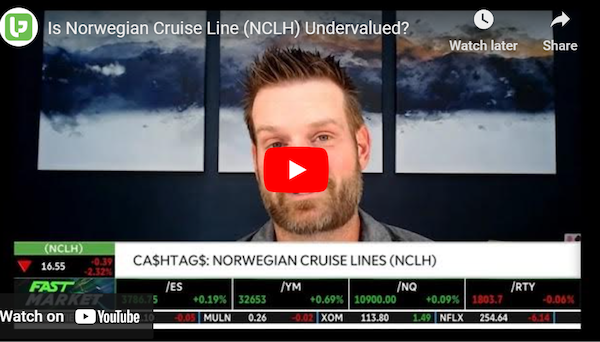