Let me ask a question. Have you bought shares of a foreign company at some point in the last decade? You might THINK you did — but chances are you actually didn’t.

Believe it or not, when you buy shares of a company that is based outside the U.S., like Alibaba (BABA) or BP plc (BP), you’re not buying the actual stock of the company.

That isn’t necessarily a bad thing. In fact, I believe some of these ADRs/ADSs have incredible potential.

One foreign stock that I’ve been following recently here in TradeSmith Daily is Alibaba, which saw gains of 103% and 26% on its last two entries to the Green Zone! 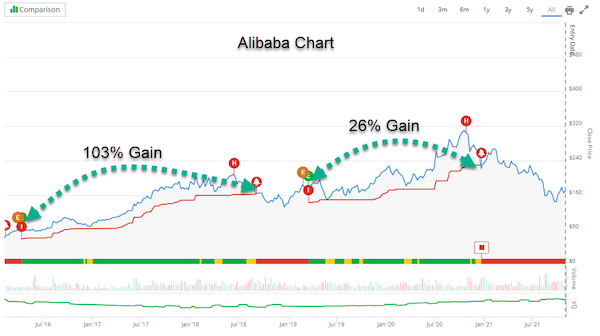 But let’s take a step back.

I first want to explain how these vehicles work and offer a bit of insight into how to manage their different risks.

Here’s how it works.

An intermediary bank buys shares of a foreign company on the local stock exchange. Let’s say Alibaba over in Hong Kong. That same intermediary then issues “shares” via ADR that represent the actual stock it owns overseas.

Think of it like an IOU for your shares. The U.S. intermediary buys shares of the foreign stock from an exchange in that country. It then issues certificates that represent shares of that stock on a U.S. exchange — but not actual shares.

An ADS represents the individual share of the foreign company’s stock within an ADR.

Why You Should Care

In short, knowing the level of an ADR/ADS can help you better quantify the risks associated with investing in that company.

But let me give you a few key reasons why this matters: All that being said, ADRs and ADSs contain several benefits.

Investors and traders have many tools at their disposal to manage the risks involved in foreign markets. One of my favorites is the Health Indicator.

At the bottom of each chart, our technical analysis lets me know whether a stock is in the Red, Yellow, or Green Zone.

This is extremely helpful when I have a great investing idea based on a company’s fundamentals but need to determine the appropriate timing to act on it.

As I’ve mentioned, Alibaba is a foreign stock I’m following at the moment with some potential in the future.

But as the chart shows below, it’s currently in the Red Zone. 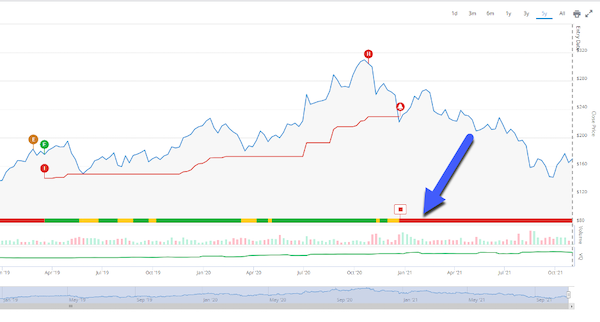 So for now, I’m staying on the sidelines until I get a better signal.

And, for further confirmation, I can also use our Billionaires Club model portfolio to keep an eye on what action, if any, big money managers like John Paulson and David Tepper are taking with this stock.

As I’ve promised before, I’ll be sure to let you all know when we get a clear entry signal for BABA.

In the meantime, does owning a foreign stock via ADR concern you? Why or why not? I’d love to hear from you. I can’t respond to every email, but I read them all.

A Big Prediction for ‘Small’ Stocks