I love the film “Wall Street.” It’s one of my all-time favorites, and one of the reasons why I’ve spent the past 35 years in the investment business.

The story revolves around the exploits of the rich but crooked corporate raider Gordon Gekko.

In my favorite scene in the movie, Gekko wakes his protegee with an important mission.

“Money never sleeps, pal. Just made 800,000 in Hong Kong gold. It’s been wired to you. Play with it. You’ve done good, but you gotta keep doing good. I’ve showed you how the game works. Now school’s out.” 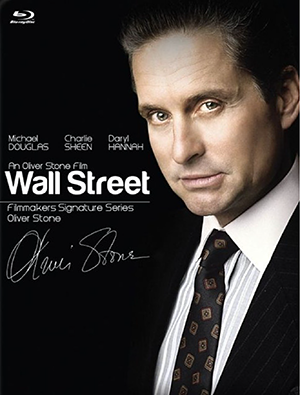 This memorable moment from the film rings true because money never sleeps.

And if you think about it for a second, you realize that it’s a key concept for growing your wealth.

It doesn’t matter if Gekko just made a fortune — he’s always looking for his next opportunity to make money.

Putting this concept to work in your own portfolio can make you rich, perhaps not overnight, but certainly over time, and literally while you sleep.

Here are three stocks that can make you that money.

Every minute of every hour of every day, someone, somewhere, is reaching for a bottle of Heinz Ketchup, probably in a diner someplace to improve the taste of the meatloaf.

Or some stressed-out parent somewhere in the world is making Kraft Mac and Cheese to feed the kids and keep them quiet for a while.

The same is true for the hundreds of other products KHC sells around the world. And every box of Kraft Mac and Cheese or bottle of Heinz Ketchup sold provides the company with more cash flow. 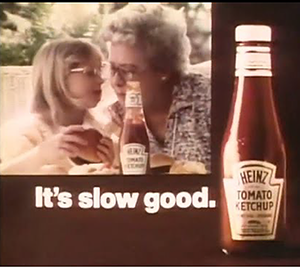 Out of that enormous cash flow of $5.36 billion last year, KHC pays its shareholders a dividend, and a generous one at that. KHC’s current dividend yield is a hefty 4.22%, and if you are a KHC investor, as Warren Buffett is, your money literally NEVER sleeps.

That’s true even overnight, and on weekends and holidays, while the stock market is closed.

Instead of cashing in on staples like Kraft Mac and Cheese (it’s a staple in my pantry), then how about phone calls?

When was the last time you made a cell phone call, or more likely, sent a text?

Probably more times in the last 24 hours than you can remember.

The average American makes or takes about 12 cell phone calls each day, and also sends or receives an average of 41 text messages per day, according to Pew Research.

Now, multiply that by roughly 320 million Americans who have cell phones and you’re talking about almost 17 billion calls and texts every single day. And that adds up to big business for cellular communications companies.

And do you know who gets a big piece of the action on those billions of calls and texts per day? Ma Bell, that’s who.

Okay, I know what you’re thinking.

But before you hang up on this line of thinking, understand that this is not your grandmother’s Ma Bell.

AT&T today is a leaner and meaner corporation. After years of restructuring and spinoffs, T is squarely focused on vital telecommunication services today.

And with America in transition to 5G networks nationwide, that means more profits in the company’s pockets. Last year alone, T generated over $114 billion in operating revenue from its vast telecommunications networks.

T earned a whopping $41.9 billion in operating cash flow last year. And it uses a good chunk of that cash to pay rich dividends to its shareholders. T boosted its dividend almost every year that it has been publicly traded — up until its recent restructuring and the spinoff of its Time Warner Media division, that is, when it reduced the payout.

But T still pays out $8 billion a year in dividends, with a rich current dividend yield of more than 5%.

And as a T shareholder, every single call or text message sent at any time of the day or night means you earn a little piece of the profit that generates those dividends. Your money never sleeps.

You’re in good hands with Allstate… so the tagline goes. And it turns out that your money may be in good hands too if you’re invested in Allstate stock.

Allstate is the third-largest property-casualty insurer in the U.S., taking in over $50 billion in revenue last year, up 20.7% year-over-year. The company also provides a wide range of life insurance and investment products to diversify its income stream. Insurance is a classic money-never-sleeps business. That’s because insurance firms like Allstate collect premium income every single day of the year from insured customers, but only have to pay out if and when there are claims.

In the meantime, they get to invest all that premium income known as “float” to make even more money for themselves and their shareholders around the clock. Just ask Warren Buffett, whose massive Berkshire Hathaway insurance operations have been the real key to building his wealth.

Allstate pays out a relatively modest dividend yield of 2.8% today, but that’s still far above the average S&P 500 dividend yield of just 1.8%. Plus, Allstate has grown its dividends per share at a 17.7% clip over the past five years alone, the top growth rate among major insurance companies.

Bottom line: When you invest in money-never-sleeps stocks, you can rest easier knowing your next dividend check will be in the mail soon and will probably be higher than the last one. That’s because these stocks operate in businesses that are stable, predictable, and earning profits 24/7. And these are exactly the kind of stocks you want in these turbulent markets.