Despite the Federal Reserve’s efforts to cool down inflation at 40-year highs, I’m convinced that inflation is here to stay, and I want to make sure you’re set up for the best ways to profit.

That involves knowing the difference between a recession-resistant stock and an inflation-proof stock, as I see these terms being used interchangeably, even though they are quite different.

In my last TradeSmith Daily story, I pointed out the key differences between recession-resistant and inflation-resistant stocks.

There are certain factors in common, to be sure. But the factors that allow stocks to keep thriving with inflation are what you must focus on right now, with inflation accelerating.

The example I used to drive home this point was supermarket giant Kroger (KR), a blue-chip stock that has many recession-resistant qualities. But for my money, KR shares fall short for inflation-proofing my stock portfolio.


Here’s the good news. You don’t have to look far in the grocery aisle to find a terrific example of an inflation-resistant blue-chip stock that can thrive in this climate: Anheuser Busch InBev (BUD).

For me, there’s nothing like a cold Bud Light when I get home from a workout.

So you can imagine my shock when I saw that last month’s Consumer Price Index showed beer prices up 5% year-over-year. Chalk it up to rising input costs due to broad-based inflation, including barley and aluminum prices.

So, with costs on the rise, brewers must be getting squeezed too.

Well, yes and no. Inflation does increase their costs, but BUD has plenty of brand recognition and pricing power to offset that; KR, not so much.

The brewing industry has consolidated significantly in the past few decades with several high-profile mergers and acquisitions. That’s especially true in the U.S.

Today, there are just two mega-brewers: BUD and Molson Coors Beverage Co. (TAP), a duopoly, which is the next best thing to a monopoly when it comes to retail pricing power. Sure, there’s competition from small craft brewers, but not as much as you might think.

The largest craft brewer in America, Boston Beer Co. (SAM), the maker of Sam Adams and other brews, has less than a 2% share of the U.S. market. Meanwhile, BUD, the world’s largest brewer, has a 49% market share in the U.S. alone, while TAP (which also owns the Miller Brewing brand) has only an 11.6% market share. BUD is clearly the big dog in beer aisles across America (and around the world), and it shows in the company’s strong financials. 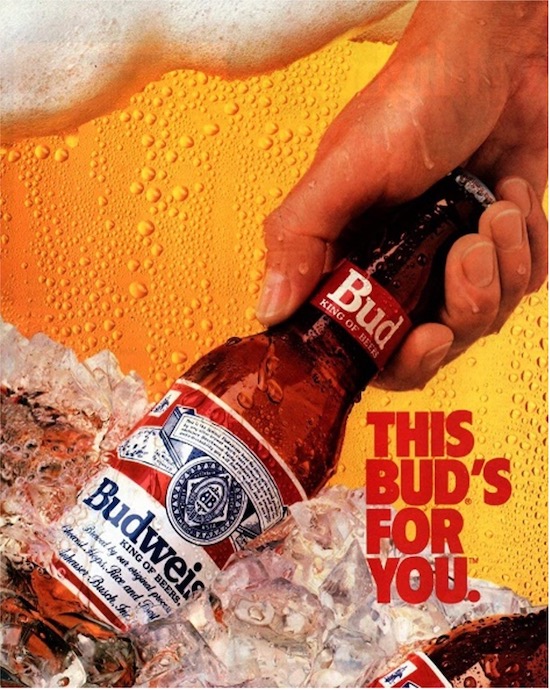 The Perfect Beer for Whatever Happens

Looking at the income and cash flow statements, you’ll see that the company posted sales growth of 15.8% to $54.3 billion by the end of 2021. That contributed to bottom-line profits more than tripling compared to the year before.

Importantly, cash flow per share at $4.92 last year more than tripled its earnings per share. When a company’s cash flow is significantly more than its profits, that’s a signal of quality. Cash flow basically adds back non-cash expenses like depreciation, and BUD gets high marks here.

High levels of cash flow compared to earnings means BUD has plenty of financial flexibility. That’s a big plus amid rising inflation.

Growing dividend payouts are another important sign of quality and financial strength. And at $2.20 a share in projected dividends, BUD will pay you a generous dividend yield of 3.9% based on today’s price of $56 a share.


Finally, BUD has solid profit margins for such a large and mature company. Its operating profit margins clocked in at 34.4% in 2021. That means BUD keeps 34 cents on every dollar of sales after paying all operating costs.

Now, here’s a simple thought exercise to illustrate just how much more inflation-resistant BUD is than Kroger.

If inflation continues to run hot, and BUD has to pay more for its ingredients, it will simply pass on those cost increases to the consumer. After all, if you have to pay an extra nickel or dime for a six-pack of Bud Light and it’s your adult beverage of choice, you’re going to pay that extra amount. And that’s probably true for the vast majority of American beer drinkers.

In that case, BUD profit margins stay the same or even rise, if BUD boosts prices by a bit more than inflation.

On the other hand, grocery stores like Kroger have tiny profit margins that are typically between 1% and 3%. So, if the retail price of a Bud Light six-pack goes up by 50 cents, KR most likely earns only an extra penny or two in profit. Meanwhile, BUD earns nearly 20 cents more in operating profits.