Nike Inc. (NKE) had a glaring problem in its most recent earnings report — a 44% increase in inventory due to products arriving late and holiday merchandise arriving early.

In total, this glut is a $9.7 billion problem that will force Nike to discount older merchandise and offseason products to make room for its holiday merchandise.

There was a bright spot, however: Nike pointed out that sales rose 13% in North America from the same time last year to $5.5 billion, saying that demand is still strong, particularly in the United States, despite inflation.

But as a forward-looking investor who separates the noise from what’s important, you likely recognize that things could get worse for Nike before they get better. There’s a better investment to make, which I will show you in just a minute.

Because in addition to its inventory woes, Nike has to worry more than other retailers about a recession because it is a “premium brand.”

The average pair of Nike sneakers costs $110, and just looking on Amazon, you can easily find a pair of shoes with high ratings for less than half that price. Again, Nike has perfected being a premium brand, which is why people are willing to pay higher costs. 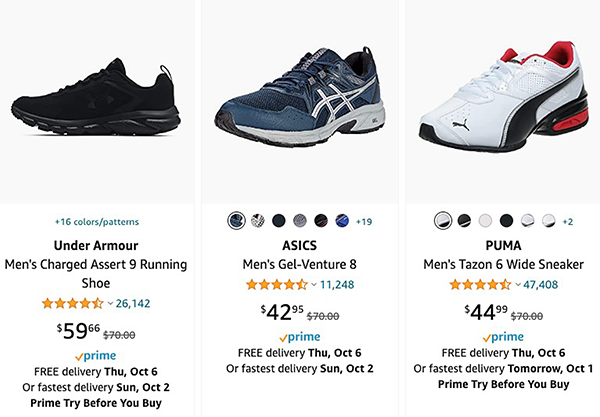 Taking that as our investor clue, we know that no matter what is going on in the economy, people will keep buying food and drinks.

Within the Consumer Staples Select Sector SPDR Fund (XLP), there are 13 stocks in our Green Zone. 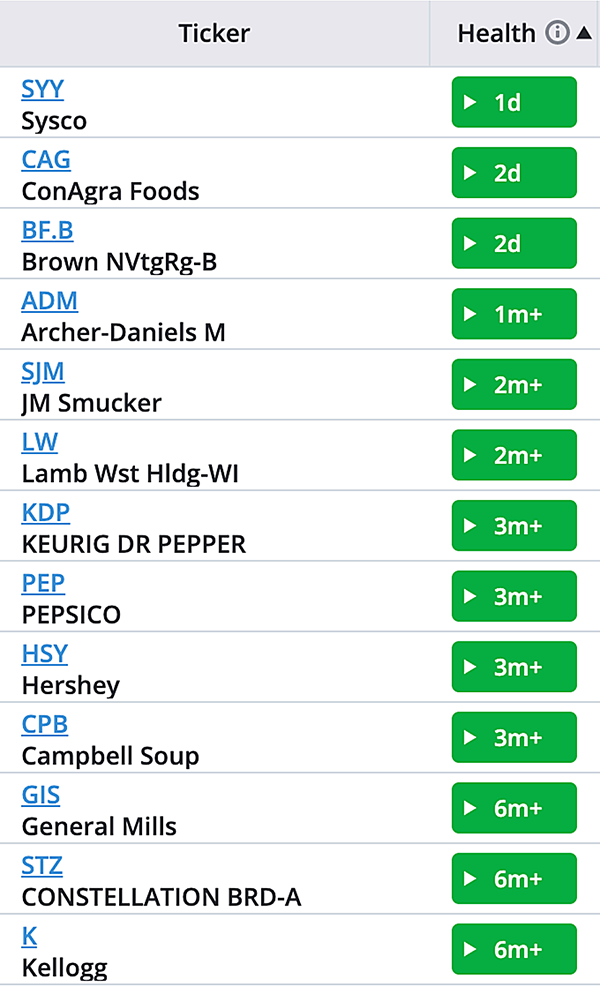 Today, I want to focus on that last company on the list – Kellogg Co. (K).

It owns the iconic brands Eggo, Pringles, and Kellogg’s Corn Flakes, but it’s been increasing its product offerings to reach health-conscious audiences through plant-based protein and protein bars and shakes.

Its MorningStar Farms brand also offers “comfort food” like chicken nuggets and meatballs, but with a meatless twist.

Now, with different products being bought by different types of customers, it can be tricky to maximize the strengths of each product division. You can think of the snacking segment, cereal segment, and plant-based food segment as brothers and sisters fighting for the attention of the Kellogg parent.

To let each segment have more autonomy to run as it sees fit, which can unlock value, Kellogg is spinning off into three independent entities.

And that opens up a profit opportunity.

Deloitte and Edge Consulting Group found that between 2000 and 2014, spinoff stocks generated a 22% return in the first 12 months of trading. That’s even better than the 14% return of the parent company that performed the spinoff.

Companies doing spinoffs don’t offer a lot of communication about what’s happening, index funds often can’t hold the new company’s stock and sell it if they receive it as a part of the spinoff, and some analysts even stop following the stock because they don’t know how to value it anymore.

This all means that investors simply aren’t provided enough guidance on how to look at spinoffs.

On June 21, 2022, Kellogg announced plans to split itself into three independent entities, with the transactions expected to be completed by the end of 2023.

The official names have not been decided on, but they are being referred to as Global Snacking Co., North American Cereal Co., and Plant Co.

“These businesses all have significant standalone potential, and an enhanced focus will enable them to better direct their resources toward their distinct strategic priorities,” said CEO Steve Cahillane.

That sounds nice, but let’s unpack what’s going on with each division.

With snacking already being the largest revenue generator, it’s encouraging to consider that this business unit will be even more focused on doing what it does best.

The cereal unit isn’t as promising.

Cereal sales climbed nearly 9% in 2020 as more people were stuck at home because of COVID-19, but the trend before that was not good. Cereal sales dropped in both 2018 and 2019 as people began looking for healthier options and foods that work to take on the go.

Still, operating as its own entity, the cereal unit could unlock new value.

The global plant-based food market is projected to grow from an estimated value of $40.21 billion in 2021 to $78.95 billion by 2028, so this spinoff from Kellogg Co. could receive a premium offer.

When this spinoff takes place, Kellogg shareholders will receive shares of the new companies (cereal and plant-based foods) on a pro-rata basis based on their holdings of Kellogg stock.

Right now, our system says that Kellogg is a “Buy”: It’s in our Green Zone, has a medium-risk Volatility Quotient (VQ) of 16.7%, and pays a dividend with a yield of more than 3%.

The stock prices for the two spinoff companies, however, might not have a great start out of the gate.

Shareholders may just sell their positions in these new companies as soon as they can because they don’t understand the new businesses, or because they decide that they don’t fit into their investment criteria.

If the stock price for the plant-based food business drops initially, it could be an opportunity to buy more shares as a speculative, long-term profit play, as the company could be acquired with a premium payout.

That potentially bullish outcome could be less likely for the cereal business, considering more consumers are focused on healthy eating and portable food choices for breakfast. But keep in mind that the cereal unit still generated over $2 billion in sales last year, and once again, operating on its own could allow it to unlock more opportunity over the long term.

As more details are presented and the spinoff approaches, our team will follow up on this story to help you navigate everything that’s happening.