But do you know why?

We can sum it up in one word: valuation.

This concept is critical to weathering the oncoming interest rate storm.

You might think this requires a ton of reading or deep financial knowledge, but it doesn’t.

I can explain it to you by the end of this article.

Once you understand valuation, you’ll know why stocks like Peloton (PTON) will likely fall more than Tyson Foods (TSN).

And no, it’s not because one is a discretionary purchase and one is a consumer staple.

It’s because Peloton’s stock price relies more on future growth than Tyson’s does.

Imagine you won $1 million in the lottery.

Which would you choose?

It depends on your opportunity cost.

If you were to invest each method in a savings account that yields 5% interest, which would be worth more in 20 years?

This is known as the future value.

Here’s a table that shows what each scenario would look like with different interest rates.

See the highlighted line at 8% interest?

That’s where the opportunity flips and the $500,000 lump sum becomes more valuable.

You can also perform this analysis in reverse.

Instead of looking at what the future state looks like, we determine what it’s worth right now, known as present value.

This type of analysis refers to the interest rate as the “discount” rate. 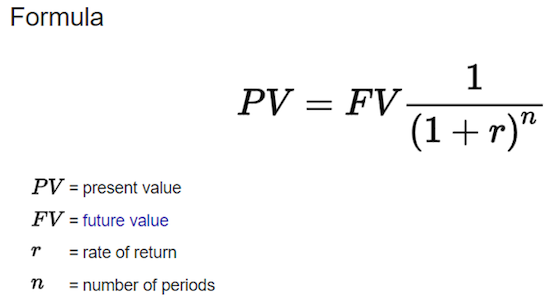 But to simplify it, here’s that same table, with the two scenarios translated into today’s dollars. 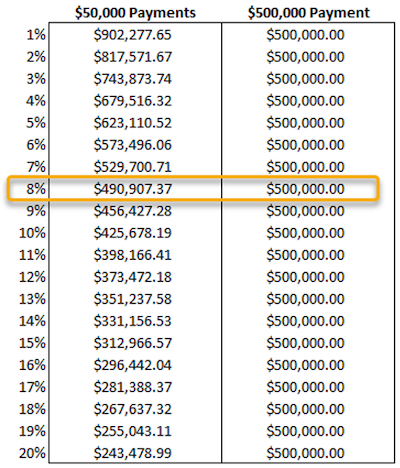 You know you performed the analysis correctly when the value inflection point comes in at the same place as it did in the first table.

The ONLY difference between these two types of analysis is whether you’re talking about future dollars or today’s dollars.

This illustrates the key concept for this entire article…

This is exactly how investors perform valuations on stocks.

Most investors look at the present value of a stock because they can then take that number and divide it by the number of shares to come up with a share price.

Care to see it in action?

Let’s assume that Tyson grows its cash flows alongside its revenues at around 2%.

The only thing we need now is a discount rate. 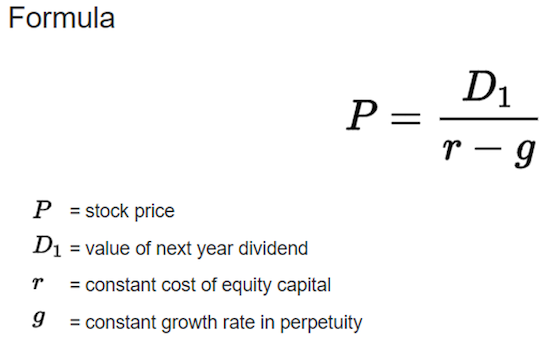 This is the dividend discount model. You can use it to determine the present value of a series of growing cash flows while incorporating a discount rate.

Instead of using a dividend, we can substitute the cash flows.

With 365 million shares outstanding, that comes to about $85.

As of this writing, shares are trading at $83.38, pretty close to our calculated valuation, which tells me that the stock is trading at a fair price.

Note: There is a lot of subjectivity on all of the assumptions above.

The Fed and Interest Rates

So, how does the Fed fit into all this?

So, when the Fed raises interest rates, U.S. Treasury rates tend to rise.

And what does that mean?

Now that we understand the concepts, we can go back to our initial comparison.

Tyson, as we know, earns a steady amount every year with growth that rarely exceeds single digits. Peloton, on the other hand, has grown revenues around 100% every year since 2018.

But it doesn’t turn a profit.

Price to free-cash-flow (PFCF) compares the current price per share to the free cash flow per share.

Peloton isn’t even operating cash flow positive yet, so investors value the stock based on future profits, which are probably many years into the future.

Naturally, we want to know how to find stocks with more front-loaded profits rather than future profits.

There are three metrics I would suggest for this: price-to-earnings (P/E) ratio, price-to-free-cash-flow ratio, and price to sales (P/S) ratio.

P/E is a traditional measure. However, it doesn’t work well with companies that make big, intermittent asset purchases, like a tech company that buys a bunch of data servers.

That’s why I like to look at the price-to-free-cash-flow ratio as well.

As I mentioned, newer companies (like Peloton) don’t turn a profit or generate positive cash flow.

That’s where the P/S ratio comes in. However, I would use this measure cautiously. When you apply it to a company that doesn’t earn a profit or generate positive cash flow, you are saying that you expect them to do so eventually.

Here’s a quick snapshot at some tech favorites and consumer staples:

So, if we expect interest rates to rise, we would assume that companies like Tesla or Google that are more dependent on future profits would see share prices decline much more than Tyson or General Mills, which have current profits already on the books.

As always, if you have any questions or feedback, I’d love to hear from you! I can’t personally respond to every email, but I do read them all.