Historians say the term “Black Friday” was birthed by Philadelphia police officers to describe the day between Thanksgiving and the annual Army-Navy football game held on Saturday.

Officers had to deal with bad traffic and lousy weather, work longer hours, and keep things orderly with the large crowds being lured in by retailers for deals.

Retailers were not a fan of the term, fearing that it carried a negative association with unpleasant events, like Black Tuesday, the day of the 1929 stock market crash.

There were attempts at labeling it “Big Friday,” but that never caught on.

Instead, store owners started to say that Black Friday was the day when their books went from red ink to black ink.

Fast forward to today, and consumers associate the day with getting a pair of headphones or a TV at a massive discount.

For retailers, Black Friday and its online counterpart Cyber Monday are billion-dollar opportunities that can help make or break a year. 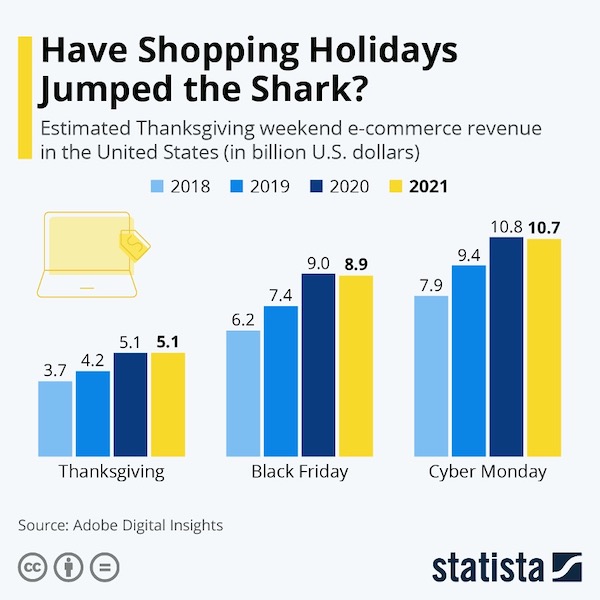 Those were each higher totals than the year before, but inflation has an impact on those numbers; the increase can just mean people are spending more because of the higher prices.

But one positive note is the amount of people opening their wallets.


The National Retail Federation reported that 196.7 million people shopped over the Thanksgiving weekend, which toppled expectations by more than 30 million. 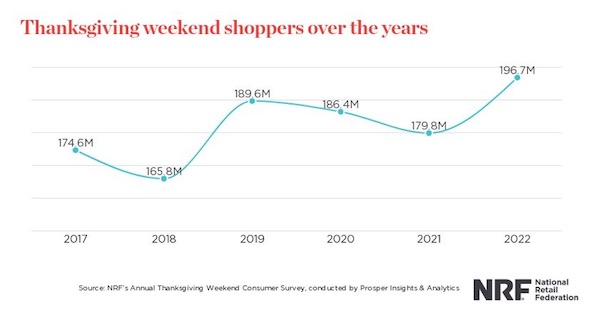 So, even with higher prices…

Even with people scrutinizing their purchasing decisions more closely…

And even with fears of a recession ahead…

People are still shelling out money. And the clothing sector in particular has produced several recent winners.

Before the pandemic, clothing and clothing accessory store sales in the United States were steadily trickling up each year from 2017 to 2019.


Fast forward to 2022, and even more people than last year are returning to offices, visiting friends and family, and attending public events.

Sweatpants and T-shirts won’t cut it, and the increased demand for fashionable apparel is a boon for certain clothing companies.

With TradeSmith, we can use our Health Indicator to drill down into the SPDR S&P Retail ETF (XRT) and find stocks in the Green Zone.

Company Snapshot: Ross Stores Inc. (ROST) has previously been called a “rarity” and “retail treasure” by Morgan Stanley (MS) analysts. It’s considered an “off-price” retailer, as it buys overstocked items from traditional retailers for steep discounts, then passes the savings on to consumers.

What to Know: In July, traditional brands and retailers were sitting on $713 billion in inventory.

With Ross specializing in purchasing excess inventory, that’s like an early Christmas present. And in a time when companies have been slashing revenue forecasts, Ross said that its Q3 sales momentum and improved holiday assortments were allowing the company to raise its guidance for the last quarter of the year.

Morgan Stanley analyst Alex Straton believes that economic pressures that have strained lower-income consumers earlier in the year are spreading to upper-middle-income earners, who will be purchasing more from value-oriented retailers like Ross next year.

ROST triggered an Entry Signal on Sept. 9, entering our Green Zone. Keep in mind that it’s considered to have high risk, with a Volatility Quotient (VQ) of 32.11%.

ROST is also in our Billionaires Club, held by Lee Ainslie and Ray Dalio.

What to Know: In Q3, Gap reported $282 million in earnings compared to a negative $152 million in the same period last year.

A successful turnaround strategy is credited with the gains, encompassing streamlining brands and focusing on reducing inventory. To reduce expenses, Gap struck a deal with Amazon.com Inc. (AMZN) to sell off excess inventory and discontinued brands.

What to Know: Urban Outfitters has been described as having the same vibe as a thrift store (except with much higher prices) in that you want to stop in to see what you can find.

In addition to clothing, it has quirky home items, like coffee mugs labeled with different kinds of milk in “bubbled lettering for a groovy feel,” according to the product description. 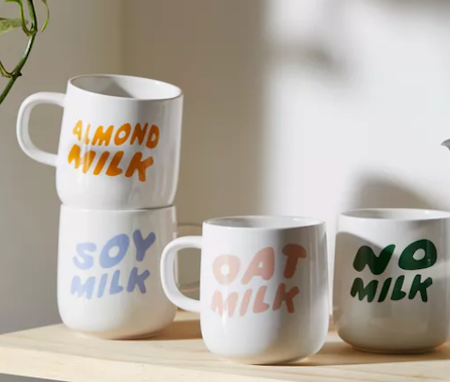 Source: UrbanOutfitters.com
In its last quarter, URBN reported a 9% decrease in gross profit dollars, which the company attributed to higher markdowns compared to record low markdown rates of the previous quarter.

Having said that, sales increased to a record $1.18 billion, with a $23 million increase from its Nuuly (clothing rental and resale marketplace) segment sales and a 2% increase in retail segment sales.

The sales increase is a positive sign for the demand of URBN’s products.

If it can work its way through markdowns and any inventory gluts, it can greatly improve those margins.

URBN recently entered the Green Zone on Nov. 22, is in an uptrend, and has a VQ of 46.21%. Our Timing indicators suggest a move to the upside shortly, though conviction is low.

However, LikeFolio gives the stock a “Bullish” rating – and it qualifies for our Kinetic VQ strategy, another bullish indicator.