Even in a tough market, there are always ways to make money if you have a guide who knows where to look.

At TradeSmith, one of those guides is Senior Analyst Mike Burnick.

Mike believes that we are at the start of a “Commodity Supercycle,” where energy companies with oil and gas operations, in particular, are poised to make folks a lot of money.

At the same time, the war between Russia and Ukraine has drastically affected energy imports as countries look for new sources to receive oil and natural gas.


Global energy demand is expected to grow 47% from 2021 to 2050, with the U.S. Energy Information Administration projecting oil will continue to lead renewables as the largest energy source. 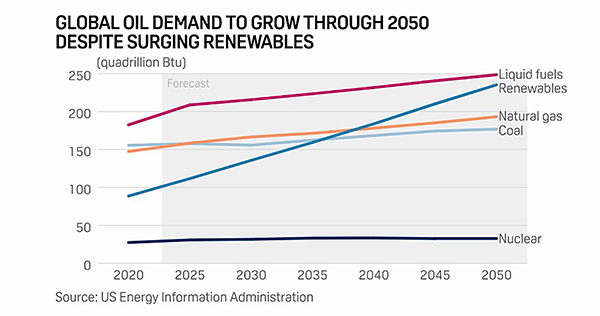 And that brings us to a short-term investment scenario forming for energy.

Roughly half of U.S. homes use natural gas for space heating and water heating, and with heating costs expected to climb 17% this winter, there’s a short-term investment scenario forming for energy.

Energy Transfer LP (ET) recently emerged as an investment candidate in this sector, a company that moves 30% of the nation’s crude oil and natural gas through its pipelines — giving it a “moat” because it requires specialized knowledge and equipment to store and transport natural gas and crude oil.

But today, we’re taking an even deeper dive into the natural gas sector with NGLs (natural gas liquids).

Specifically, we’ll be looking at this: 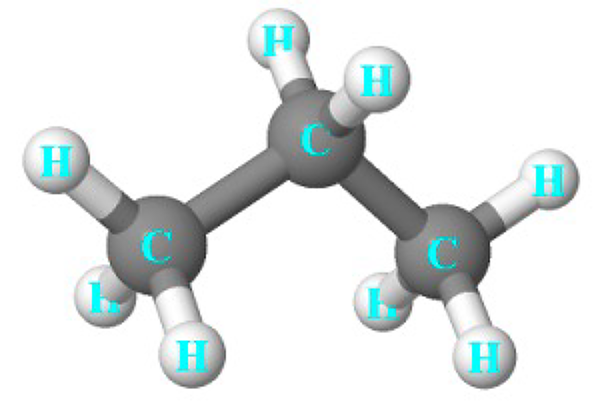 Source: TopBlogTenz
You don’t need to be an expert at chemical formulas to understand what’s happening with this opportunity, though, because we’re going to focus on the most important thing — how to make money.

The Opportunity in Propane

Natural gas liquids — or NGLs — are an essential part of the natural gas sector. They’re components of natural gas separated from the gas state in the form of liquids.

That molecular structure you saw earlier (with the chemical formula of C3H8) is propane — an NGL that can be used to heat homes and commercial buildings, as a cooking fuel, and even as a fuel source for vehicles like forklifts and buses.

And for the households heating their homes with propane this winter, they aren’t going to be spared higher energy costs.

Propane heating expenses are expected to climb 15.2% this winter, creating a projected bill total of $1,828. 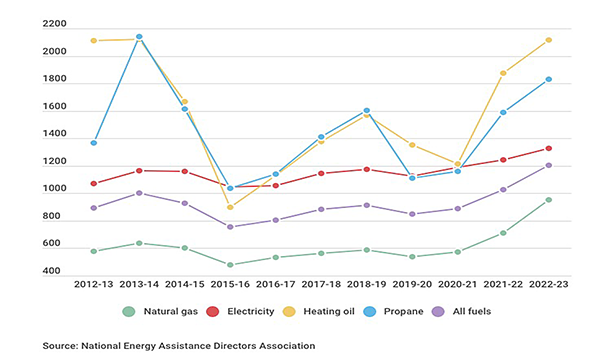 And that brings us to a profit opportunity – Suburban Propane Partners LP (SPH).

Its business model is straightforward, so we’re going to spend more time showing you what our investment tools reveal about this opportunity.


Our Health Indicator puts SPH in the Green Zone as a medium-risk opportunity with a Volatility Quotient (VQ) level of 27.26%.

That’s a great start, but we can take it a step further by looking at the “Long Term Cycle” of the stock over the next 101 to 300 days.

SPH entered a valley on Aug. 18 and is expected to be in one until Nov. 21, which is a bullish signal. It’s an indication that you aren’t purchasing a security at a peak.

Taking it another step further, we can look at the Relative Strength Index (RSI).

Keep in mind that RSI is not an infallible metric, but it has shown over the last periods of price rallies when the stock is considered oversold.

To add all of that up, we have a stock that is in our Green Zone, is considered to have medium risk, has a bullish signal that it is in a valley, and while its RSI isn’t quite considered oversold, it has been worth monitoring over the past year to indicate potential opportune times to add a position.

So, in addition to these indicators that the stock itself is worth buying on its own accord, you also get paid a massive dividend for owning it.