As we get closer to finishing out the year, the TradeSmith team has been hard at work, making sure we can save you time by putting opportunities to invest in — and avoid — on your radar.

Throughout the month of October, we had a little bit of everything to help you get ready for 2023.

Whether you missed these TradeSmith Daily issues or just want to review a particular topic, I hope it’s a valuable addition to your investing week preparation.


Takeaway No. 1: Electric Vehicles Passed This 5% Tipping Point — Here Are 2 Investments to Make

You wouldn’t want to take home just 5% of your salary.

Or eat only 5% of your dinner.

But in July, when electric vehicles accounted for 5% of new car sales in the United States, that’s a massively important percentage for investors — a Bloomberg report said it’s the signal that we’re now headed toward mass adoption of EVs. 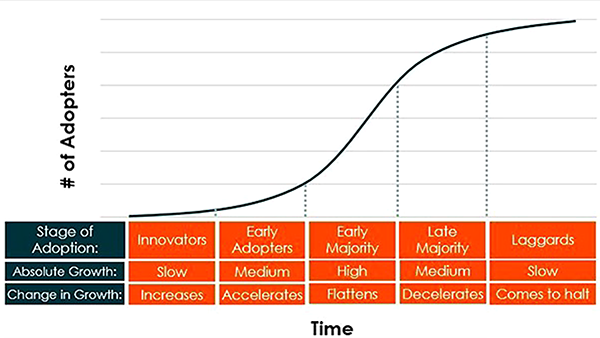 Source: GlobalXETFs
For electric vehicles, the 5% threshold appears to be the point in time when early adopters will soon be overtaken by mainstream demand.

This faster adoption will be thanks to more public charging stations, less expensive cars, and buyers being more educated, which is all accelerating much faster than most people anticipated.

And we’re zeroing in on the companies that will power the use of EVs across the country.

Takeaway No. 2: Billionaire Snapshots: The Oracle of Omaha and What He’s Buying Even in the Face of a Recession

CPI data, Fed rate hikes, and odds of a recession — these stories are dominating the financial news headlines.

They keep you informed, but hearing that the consumer price index (CPI) rose 0.4% in September doesn’t do you a lot of good on its own for making investing decisions.

What is worth your time is knowing what stocks the most successful investors in the world are buying and selling and seeing what our tools and systems have to say about them.

Because when a billionaire investor like Warren Buffett hears the word “recession,” he doesn’t stick his head in the sand and wait for things to get better — he goes on a shopping spree.

From 2008 to 2011, Buffett invested in companies like Mars, Goldman Sachs Group Inc. (GS) and Bank of America Corp. (BAC) — giant, blue-chip companies that he knew had strong business fundamentals that could weather the economic storm and, eventually, emerge stronger than before.

With patience on his side, Buffett was rewarded.

His payoff on the blue-chip deals he made from 2008 to 2011 was $10 billion by October 2013. And in the face of another economic downturn, we have everything you need to know about one of Buffett’s latest investments.


Takeaway No. 3: 2023 Investing Preparation — Stocks That Shouldn’t Be in Any Portfolios (Part 1)

In Part 1 of Senior Analyst Mike Burnick’s 2023 Investing Preparation series, he shares the first three stocks that shouldn’t be anywhere near your portfolio in 2023.

Takeaway No. 4: 2023 Investing Preparation — Stocks That Shouldn’t Be in Any Portfolios (Part 2)

In Part 2, Mike shares two more stocks that shouldn’t be in your portfolio in 2023.

Takeaway No. 5: Ahead of a 15% Spike in Propane Costs, See What Our Tools Say About This Fuel Delivery Investment Opportunity

The focus on renewable energy has left the oil and gas sector with a record lack of capital investment — going from $700 billion invested in 2014 to only $341 billion in 2021. At the same time, the war between Russia and Ukraine has drastically affected energy imports as countries look for new sources of oil and natural gas.

Global energy demand is expected to grow 47% from 2021 to 2050, with the U.S. Energy Information Administration projecting that oil will continue to surpass renewables as the largest energy source. 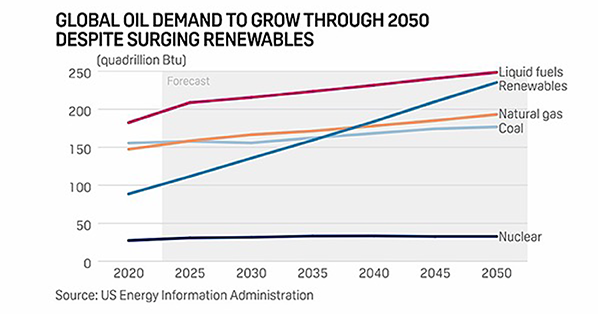 And that brings us to a short-term investment scenario forming for energy.